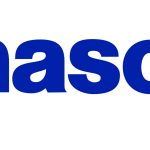 Panasonic has announced that it will be releasing firmware updates for the Lumix Digital Single Lens Mirrorless cameras S1R, S1H and S1 to enhance functions and usability, by the end of 2020. The new firmware would enable the S1R to record 5K video, making the most of its high-resolution image sensor. The release also states that the AF technology of the new Lumix S5 will … END_OF_DOCUMENT_TOKEN_TO_BE_REPLACED 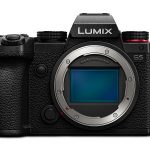 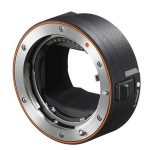 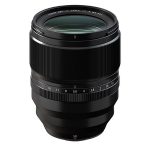 XF 50 mm Fujifilm has announced the launch of the Fujinon XF 50 mm f/1.0 R WR lens, the world’s first autofocus lens with a maximum aperture of f/1.0, designed for mirrorless cameras. The XF 50 mm f/1.0 R WR is the 35th interchangeable lens for the line-up of X Series digital cameras. The XF 50 mm consists of 12 lens elements in nine groups, one aspherical element and two … END_OF_DOCUMENT_TOKEN_TO_BE_REPLACED 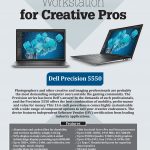 Photographers and other creative and imaging professionals are probably the most demanding computer users outside the gaming community. The Precision series has been Dell’s answer to the demands of such professionals, and the Precision 5550 offers the best combination of mobility, performance and value for money. This 15.6-inch powerhouse comes highly customisable with a wide r … END_OF_DOCUMENT_TOKEN_TO_BE_REPLACED