Over the last few months, many manufacturers have been forced to reduce the prices of their smartphones under pressure from tough competition. The Asus Zenfone 2 series, One Plus One and Redmi Mi4 come packed with features that can give the top brands a run for their money. ZTE, a comparatively late entrant into smartphones, entered the premium segment with their Nubia Z9 and Z9 Mini phones.

The ZTE Nubia Z9 Mini promises to provide you with a D-SLR experience from within a smartphone. Amazon, with which ZTE has an exclusive contract, has in fact, positioned the device as the  rst ‘D-SLR smartphone’ in their listing. Let us see how much of this is true.

Design and Build Quality
The Z9 Mini has a polycarbonate exterior, which, as expected, does not feel as sturdy as those of premium smartphones.  The removable back panel is made with a rather  imsy plastic material.  The back panel has a gloss  nish and this is easily scratched.  The bezel has rounded edges.  The Z9 Mini has a sealed battery and the interior  nish looks neat.  The SIM card slot is outside, while the microSD card slot is hidden within the back panel.  The home button features a round red LED, which lights up on charging and operation.  The LCD is protected by a Corning Gorilla Glass 3 screen.  The device is not very thin, but the small form factor helps it to  t into a shirt pocket.

The Z9 Mini has a 16.0 megapixel Sony back camera, providing a wide aperture of f/2.0.  The camera features full professional settings (NeoVision 5.0 system) wherein you can control all features such as shutter speed, aperture, sensitivity and so on.  The camera uses a Sony IMX234 Exmor RS stacked CMOS sensor. It also has an Optical Image Stabilisation (OIS) system. Shutter speeds range from 2 sec to 1/90000 sec (that’s right 90,000), while sensitivity ranges from ISO 100 to 3200. Exposure can be compensated up to +/-2EV in 1 EV increments.  The camera also features an LED  ash. Front camera is 8.0 megapixels. Ergonomics
The Z9 Mini has the custom Nubia UI 2.8.  The interface has a minimalistic design, though it compromises on a few rarely-used customisation options.  The UI provides all camera apps (various modes) as shortcuts on a single page so that you can select the mode directly instead of going through the normal camera interface.  The Nubia rides on the superb features of the camera and everything seems to have been designed around the camera features.

The home button features a round red LED, which lights up on charging and operation

Performance
Looking at the ‘smartphone side’ of the device, it does not ofterenough features to set off  fireworks.  The display was crisp and touch response was smooth by default.  The performance of the phone could at best be called average. We observed some memory lag while running resource-intensive games and apps.  The device heated up considerably while on heavy games and charging. Performance benchmarking placed the Z9 Mini towards the bottom of 64-bit devices. Battery testing also returned similar results.

The main camera performed well.  The images appeared crisp on screen, and autofocus was  awless.  The PRO camera features provide useful customisation options. Native image size was 9.96 x 17.71 at 300 ppi. At 25 percent view, images were noise-free up to ISO 1600. All images were usable, though we noticed a dierence in colour saturation at ISO 400 and 800. Enlarged to 50 percent, images remained noise-free up to ISO 800, and were usable up to ISO 1600. At 100 percent view, we observed noise from ISO 800 onwards. We also noticed the effects of aggressive noisereduction beyond ISO 400, rendering the images so . Auto White Balance performed well, especially under natural light. Slight cast produced under could be easily removed in post-processing. Front camera captured images with good clarity and detail. Overall, the camera performed reasonably well. However, we do not think this is going to be a camera killer.

Value for Money
The ZTE Nubia Z9Mini retails at an MRP of Rs.16,999. At this price, the phone is slightly on the expensive side considering a drop in prices of many popular brands. |SP VERDICT
The Nubia Z9 Mini is pegged as a smartphone with a camera sporting ‘PRO DSLR mode’, which makes you stand up and take note. The camera mode is certainly a notch above the usual mid-level phone cameras. But the fact that there are more capable smartphones at lower price ranges put this phone at a certain disadvantage.
Sujith Gopinath 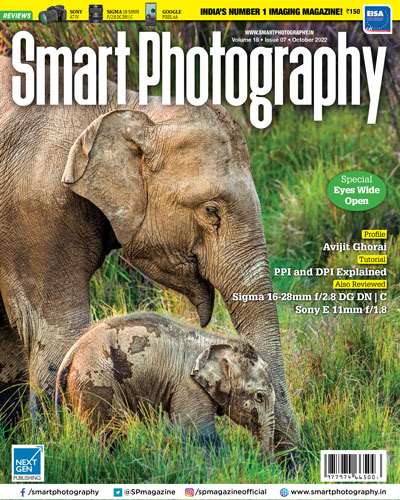