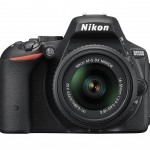 Nikon announced the D5500, an entry-level D-SLR which is a replacement to the D5300. It has a 24 MP CMOS sensor with no optical low pass filter and a 3.2-inch Vari-angle touch screen LCD with 1.37 M-dot display. The camera is lighter and smaller than its predecessor. It offers the same 1080/60 p video capability as the D5300. The built-in GPS that the D5300 had will be missing … END_OF_DOCUMENT_TOKEN_TO_BE_REPLACED 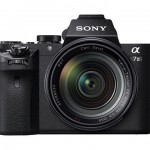 About a year after launching the Alpha 7 and 7R, Sony announced the full-frame mirrorless camera, the Alpha 7 II, which is expected to be released in Japan by December 5, 2014. It features a 24 MP CMOS sensor, a Bionz X processor, and also 117 phase-detect and 25 contrast detect points like the Alpha 7. Sony also says that the Alpha 7 II has a 30% faster AF speed and … END_OF_DOCUMENT_TOKEN_TO_BE_REPLACED