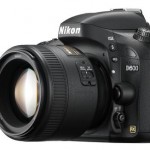 The Chinese Government has issued an order to Nikon to stop the sale of D600 in the country. This move was made following an investigative report by China Central Television (CCTV) which showed dealers refusing to refund the money to unsatisfied customers. The camera had issues with dust and spots. The company had recently released the D610, which had the same features but … END_OF_DOCUMENT_TOKEN_TO_BE_REPLACED