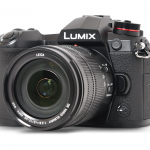 Since Panasonic launched the world’s first mirrorless Micro Four Thirds camera in 2007, a lot has changed in the imaging industry. Both Sony and Fujifilm took to mirrorless and have succeeded; Sony with its full frame sensors and Fujifilm with APS-C sensors. Meanwhile, Panasonic’s Micro Four Thirds partner, Olympus was caught up in all sorts of trouble of its own doing. … END_OF_DOCUMENT_TOKEN_TO_BE_REPLACED