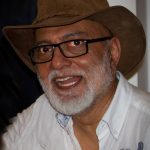 Born in February 1950, Swaranjeet Singh lived in Delhi for 35 years. In 1985, he moved to Bombay to set up a public limited company as Chief Executive for Supreme Industries, and in 1991, he set up Multibase India Limited, now owned by Dow Corning. In 2005, he decided to retire after a very hectic 20 years as CEO/MD and decided to have a life. In February 2010, on his 60th birthday, his wife gifted him his first camera (Canon EOS 7D and the 17-55 f/2.8 lens), and thus began his new life and love affair with photography. Now he travels six months a year around the world with his gear.

July 2019 issue is on stands now, get your copy today.