Our lead article, comparing Smartphones with compact cameras, predictably led to a number of responses, ranging from the angry to the bizarre. One reader blamed all the Japanese camera manufacturers for the problems that they are facing from Smartphones. He claimed that in their anxiety to cut costs and increase profits, Japanese manufacturers gave technology relating to … END_OF_DOCUMENT_TOKEN_TO_BE_REPLACED

Hassselblad was formed by Victor Hassselblad in Gothenburg in Sweden, and rapidly became a leading manufacturer of medium format cameras and photographic equipment. The story goes that during the Second World War, the Swedes captured  a German surveillance camera and wanted to develop a similar camera for their own use. Victor Hasselblad established a workshop in Gothenburg … END_OF_DOCUMENT_TOKEN_TO_BE_REPLACED

As all of us know, Kodak or Eastman Kodak is an American company. Although its best days are over, at its peak, the Kodak brand name had an iconic following throughout the world. Kodak’s claim to fame has always been based on the film that it produced. Kodak had, however, during its heydays acquired camera companies, like Nagel of Germany and Chinon of Japan. Kodak … END_OF_DOCUMENT_TOKEN_TO_BE_REPLACED

The SP team brings to you another issue of the latest news, reviews and developments from the photography and imaging world. In this issue, we feature well-known mountaineer/photographer Anup Sah and his experiences shooting the Himalayas in 'Master Craftsman', and talk to Rakesh Rao, an Environment and Science & Tech photographer who travelled to Antarctica as part of the … END_OF_DOCUMENT_TOKEN_TO_BE_REPLACED 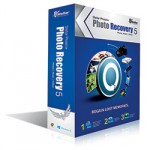 Hard Disk and media crashes are common nowadays. With the increasing amount of data stored, and the widespread use of flash-based memory devices such as Solid State Drives (SSDs) and  flash memory cards, photographers are most affected by these memory crashes. So, a specialist software in photo recovery will be of great help for professionals storing large volumes of … END_OF_DOCUMENT_TOKEN_TO_BE_REPLACED