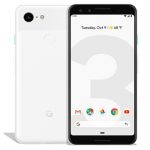 Google globally released Night Sight, a night mode feature for its Pixel phones, last night. It is available as an update to the Google Camera app on Play Store. The Night Sight feature helps capture detailed images in low-light conditions without the use of a flash or tripod. Google had first announced Night Sight at its Made by Google event in October this year while … END_OF_DOCUMENT_TOKEN_TO_BE_REPLACED