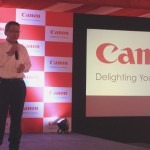 As India celebrated 70 years of its independence, Canon India too stepped forth, strengthening its social commitment to the country through its 'Support a Life' campaign. Along with SOS Children's Village, Canon will be working towards the education and overall development of children in Indian villages. Canon celebrated the Independence Day with children at SOS village, … END_OF_DOCUMENT_TOKEN_TO_BE_REPLACED 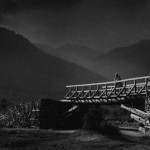 We all know that 19th August is celebrated as the World Photography Day, world wide, as on this day in the year 1837, the photographic process invented by Joseph Nicèphore Nièpce and Louis Daguerre. On January 9, 1839, The French Academy of Sciences announced the daguerreotype process. A few months later, on August 19, 1839 the French government purchased the copyright from Lou … END_OF_DOCUMENT_TOKEN_TO_BE_REPLACED