Performance
Both the cameras produced sharp images out-ofthe- box. Metering of both cameras was flawless.

Autofocus: The TG-2 was a clear winner in auto focus with respect to both speed and low-light performance. The AW110 took a fraction of sa second more to focus under low light. 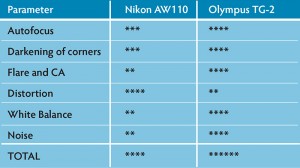 Flare and Chromatic Aberration: Both the cameras produced flare, but the AW110 produced stronger flare along with purple fringing. In the case of the TG-2, the chromatic aberration was minimal. 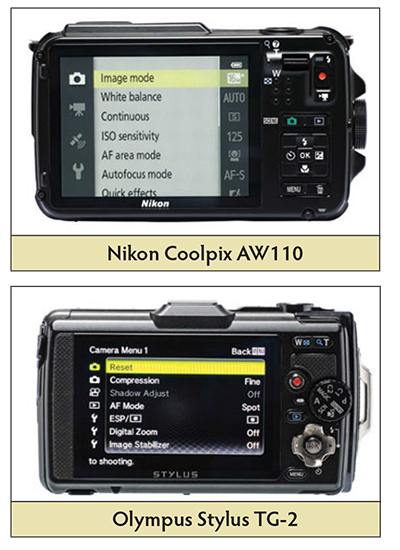 Distortion: Here the Nikon AW110 was clearly ahead, producing distortion-free images throughout the zoom range. The TG-2 produced slight moustache distortion at the wide-angle end.

White Balance: Both the cameras produced colour casts under artificial light. But the TG-2 reproduced colours more accurately under a wider range of light sources than the AW110.

Value for Money
The Nikon AW110 retails at an MRP of Rs.16,950, while the Olympus TG-2 carries a price tag of Rs.22,990. Since value for money is essentially price-to-performance ratio, we would consider both equal in terms of the value they carry, considering the superior performance of the TG-2 delivered at a higher price. 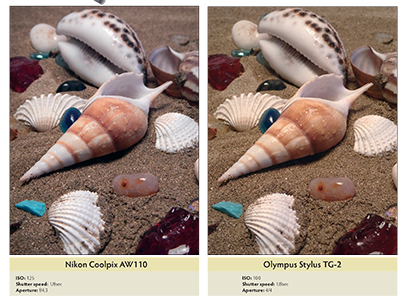 Our Verdict
The Nikon AW110 and the Olympus TG-2 do a perfect balancing act when it comes to the key features. But the TG-2 is formidable when you consider the overall performance of the camera. Having said that, the Olympus is expensive by about Rs.6000. So if you are tight on a budget, choose the Nikon AW110, which will provide more ‘decent’ image quality. But if you need a real performer that is rugged too, then choose the Olympus TG-2.
Sujith Gopinath